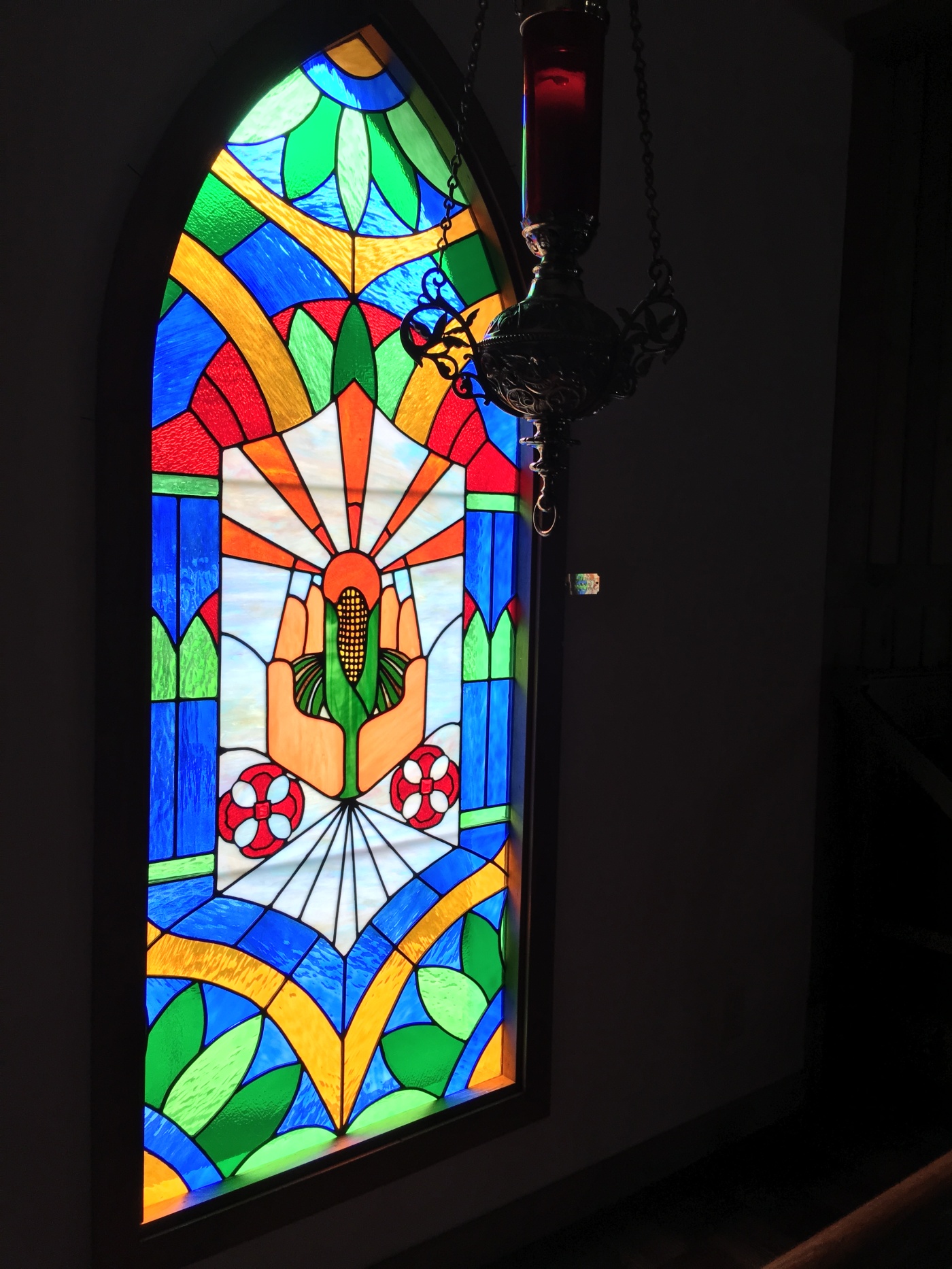 It was a muggy morning and I was already running late.  I kneeled on our kitchen floor, peered through the oven glass, and begged my lumps of dough “Bake, little loaves, bake.”

Through a series of unfortunate events, I had become responsible for baking the bread for every Eucharist at the seminary.

Aspiring priests, seasoned professors, a few cannons, and a Bishop were all about to eat my first attempt at baking communion bread.

My kitchen was covered in little particles of flour.

Slowly I combined those molecules with water and oil.

I was bringing together all the separated pieces.

A little yeast and a few hours on a warm stove top had caused these wet lumps to rise.

My sticky creations stuck to my hands as I attempted to make them look a little more like bread.

Now was the moment of faith. The baking.

There was no way to tell if I had baked it too long or too short.

I had made just enough and there was no test loaf.

I let them cool for as long as I could and drove over the precious cargo to seminary.

I put them on the paten that would be brought with the wine to the altar.

It could go one of three ways.

The bread could be over baked and too hard.  I once saw a priest literally break bread over his knees.

The bread could be under baked.  There is a legend at Sewanee of a loaf of under baked bread that was broken, well sort of.

The presider tried to fraction it but strings of dough kept the loaf from breaking cleanly.

Or, it would go like it usually does, quietly without notice.

I sat at the back of the church and waited for the big moment.

When the peace had been passed and the offertory was brought forward, I held my breath.

In that moment I finally understood what the offeratory was!

Whether we offer money, time or literally the loaf of bread, we offer ourselves.

What goes to altar is a symbol of everything we are.

The bread, the wine, and our treasure stand in as representations.

The bread is our regular daily life.

In wine we offer the extravagances of life.  We offer the fun we had at the BBQ, the deep joy of seeing friends at a High School Reunion, the tears we shed at a child’s wedding, and the once in a life time experience we have been given.

All things come of thee Oh Lord, and of thine own have we given thee.

In his hands was my literal sacrifice.

But more than that it represented the combined sacrifices of everyone present.  Like the grains of flour I had brought together, in the bread was present the sacrifice of the whole community.

In that blessed loaf we became one body in Christ.  Although we had come from many places we were made one in the Eucharist.

and when he had given thanks for it he broke it.

It was quiet in the chapel but if you listened you could hear me whisper a “yes!” as the bread broke apart cleanly over and over again as the priest took my loaf and prepared it for each to take.

Immediately after we had become one in the bread, the body of Christ was being broken for each of us.  What we had offered was now being offered to us as our daily bread.

The priest gave it to his seminarians, his professors, his cafeteria workers, his friends.

I watched as piece by piece of my loaves were given away.

One piece to a friend who getting ready to go and be with his new friends at the prison ministry.

One to a mom who getting ready to go back to go home to her four children with one more on the way.

One to the professor who was hoping his tenure would be approved.

One to a little girl whose brother had recently been diagnosed with a chronic disease.

One to a man who was still working through his divorce.

One to the cafeteria worker who always asked her seminarians how everything was going and wouldn’t leave until we told her.

I took by little bit a bread and drank the wine and went back to my seat.

Now that was a Eucharist.

I stayed after the post communion prayer and watched as the renewed body of Christ broke apart and left the chapel, person by person.

All of the bits of flour, water, oil and yeast I had brought together had become Christ and then Christ’s body.  Now those consecrated pieces were with my friends and family forever.

I pondered, if God can do that with bread I made, what can he do with me?

What can he do with you?

What can he do with us?